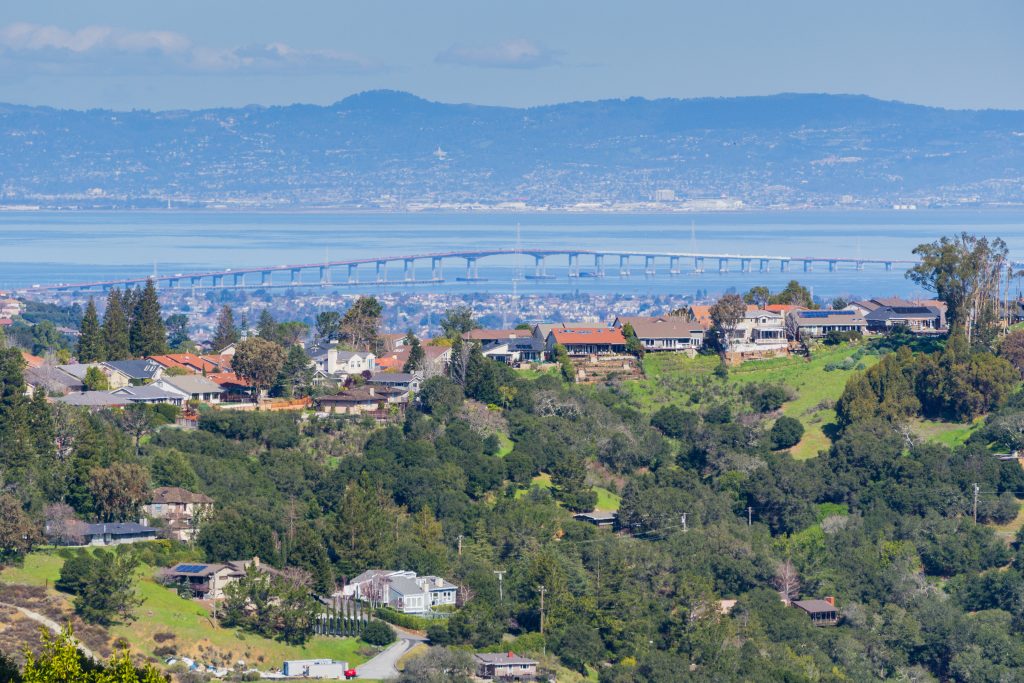 Whereas the term peninsula technically refers to the entire geographical San Franciscan Peninsula, in local jargon, “The Peninsula” does not include the city of San Francisco.

A substantial portion of Silicon Valley is located on the peninsula. In Silicon Valley are the headquarters of some of the largest tech companies in the world, such as Google, Yahoo, Facebook and Apple. Over the last decade or so there has been an influx of immigration into the Bay Area from places like India and China to work in the technology industry. There are well over 6,600 tech startups in the Valley and new ones are created every day.

The east side of the peninsula is a densely populated and largely urban and suburban area that includes portions of Silicon Valley. It forms a commuter area between San Francisco to the north and San Jose to the south. A number of major thoroughfares run north-south: El Camino Real (SR 82) and US 101 on the east side along the bay, Interstate 280 down the center, Skyline Boulevard (SR 35) along the crest of the Santa Cruz Mountains, and Highway 1 on the west along the Pacific. The Caltrain commuter rail line runs roughly parallel to the El Camino Real (State Route 82) and Highway 101 corridors.

Along the center line of the Peninsula is the northern half of the Santa Cruz Mountains, formed by the action of plate tectonics along the San Andreas Fault. In the middle of the Peninsula along the fault is the Crystal Springs Reservoir. Just north of the Crystal Springs reservoir is San Andreas Lake, after which the geologic fault was originally named.

The county is home to several endangered species including the San Francisco garter snake, the Mission blue butterfly and the San Bruno elfin butterfly, all of which are endemic to San Mateo County. The endangered California clapper rail is also found on the shores of San Francisco Bay, in the cities of Belmont and San Mateo.

A number of noteworthy parks and nature preserves are found on the San Francisco Peninsula, including: