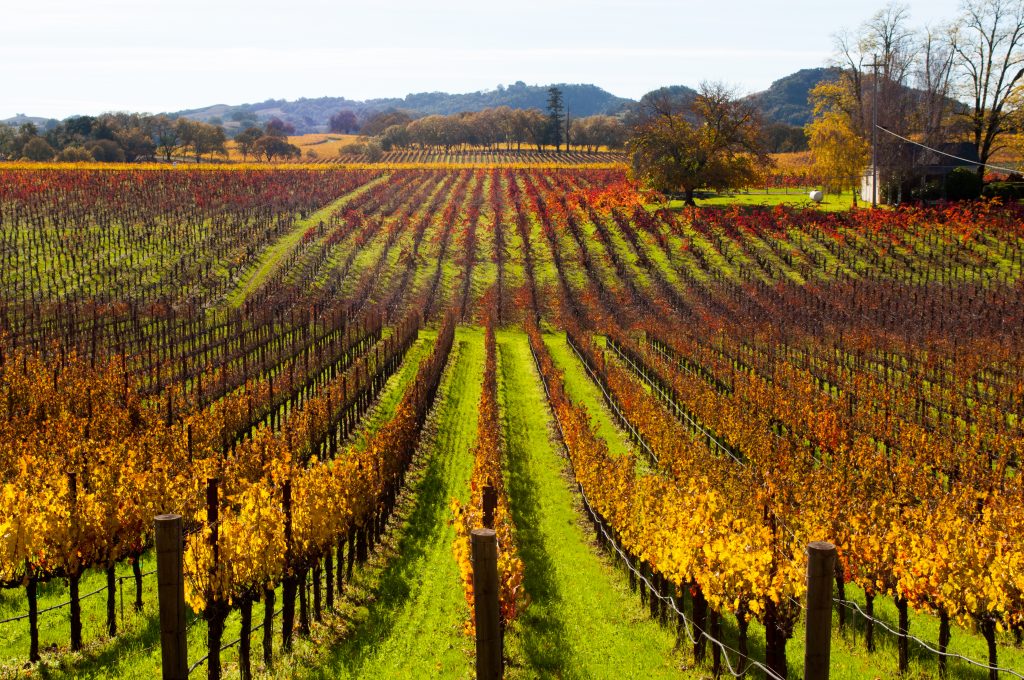 The North Bay is a subregion of the San Francisco Bay Area, in California, United States. The largest city is Santa Rosa, which is the fifth-largest city in the Bay Area. It is the location of the Napa and Sonoma wine regions, and is the least populous and least urbanized part of the Bay Area. It consists of Marin, Sonoma and Napa Counties, with a combined population of 922,719 (2015), together with Solano County.

The North Bay is connected to San Francisco by the Golden Gate Bridge and to the East Bay by the Richmond–San Rafael Bridge. Several ferry routes operate between the North Bay and San Francisco, from terminals located in Sausalito, Tiburon, Larkspur, and Angel Island.

The Sonoma–Marin Area Rail Transit (SMART), a fourteen station commuter rail line from Larkspur to Cloverdale, was approved by voters in November, 2008. Passenger service began between the Sonoma County Airport station and San Rafael in August, 2017. A temporary bus links the train to the Ferry at Larkspur while tracks are being laid between San Rafael and the Ferry terminal.

The area is said to have been populated by Pomo Native Americans before European intervention. The Russians first settled the area at Fort Ross as a fur-trading post, but the area was later settled by the Spanish-Mexican Alta California. The Bear Flag Revolt took place in the town of Sonoma, which is also the location of the last of the California Missions. General Mariano Guadalupe Vallejo, the last secretary to the Governor of California before its annexation to the United States, kept his home in Sonoma; his ranch, now a National Historic Location, was located in nearby Petaluma.

The North Bay remained isolated and rural well into the 20th Century. The opening of the Golden Gate Bridge in the 1930s transformed Marin County from a dairy farming region into an upscale suburban area. Until the 1990s, the region’s growth was at a gradual pace, with significant restrictions on development being imposed in Marin and Napa Counties in the 1970s (future Senator Barbara Boxer was an important figure in the North Bay’s open space preservation movement).

The largest city in the North Bay is Santa Rosa. Other major cities include: